The Weekly paper of the New Communist Party of Britain

Week commencing 7th March 2003
If you find these articles from the New Worker Online interesting and useful them why not subscribe to our print edition with lots more news, features, and photos? 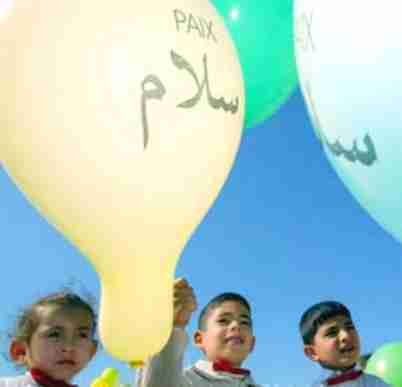 Welcome To Our Weekly Digest Edition

Please feel free to use this material provided the New Worker is informed and credited.

There were organised protests in Birmingham, Leeds, Liverpool, Sheffield, Milton Keynes and Cambridge as part of the Stop the War campaign and the worldwide Student Action Day.

In the United States, students and pupils marched under the slogan Books, not bombs.

Hundreds went to Downing Street and Parliament. In Birmingham about 350 pupils walked out of Queensbridge School - and other schools  to take part in a march through the city along with students.

Many have risked heavy penalties, especially those seen as organisers. About 60 children left Fortismere School, in North London, at break time on Wednesday and marched to Westminster.

One sixth-former said: We just walked out of the school at break-time. There are now about 60 of us from our school. More would have come, but the teachers locked the gates after we left.

Deputy head teacher, Martin Henson reacted angrily. It is irresponsible and dangerous to do this, he said. The organisers are sixth-formers but many of the children who have gone with them are younger. They should be in school.

They have whipped up a frenzy over this and will be in a lot of trouble when they get back. Whoever organised this across the schools was fantastically irresponsible.

Christine Pitt, head teacher of Queensbridge school in Birmingham, wrote to parents, saying: Students who stay off to be part of the protest will be marked with unauthorised absence and have been instructed that they must have your permission to participate.

The Stop the War Coalition estimates the number of schoolchildren in Whitehall at about 500.

What they are doing is brilliant, said a spokesperson. They are worried about what is happening, that the Government is going to war against the wishes of the people.

The young people gathered in Westminster expressed alarm at the numbers that would be killed if a war begins.

One cited the use of weapons like the notorious daisy-cutters, designed to cause horrendous injuries to the maximum number of people over a radius measured in kilometres, as evidence that makes a nonsense of claims by Bush and Blair that a war would liberate the people of Iraq.

And the imperialist powers have another new weapon in their armoury, similar the daisy-cutter but bigger. The Massive Ordnance Air Burst (Moab) is still at the experimental stage. It is a 21,000lb bomb the size of a car with an explosive effect similar to a small nuclear weapon.

It will be dropped from Hercules planes and then satellite guided to its target.

It is so awful that the people of Moab, a town in Utah, are protesting because they are pretty much appalled at their involuntary connection to such destruction.

Chris Smith, a sixth-form student from New Malden, said there was no justification for a war and accused America of hypocrisy after its previous support of Iraq against Iran.

He explained why he had taken part in the protest: There is no good sitting in front of your television if something like this is going on  you have to get up and do something.

The 14-year-old son of Health Minister Lord Hunt was one of many young people protesting on the streets of Birmingham.

He told reporters: My dad, as Health Minister, follows the Government line, but he believes that I am mature enough to make my own decision as to whether I want to take part in a protest.

In Leeds, two boys were suspended form Prince Henrys Grammar School because the head teacher said they were inciting others to walk out.

Some parents were supportive of the stand being taken by the pupils. Raj Pal, the father of Jaswinder Pal, a 13-year-old Queensbridge pupil, said his daughter would be perfectly safe with friends and he was proud of her social conscience.

When the lives of hundreds or thousands are at stake, missing a day off school is very minor. If she can make a small contribution to stopping a war, I dont have a problem with it at all, he said.

Chancellor Gordon Brown last week announced that the Treasury was ready to fund the war and spend whatever it takes. He has already set aside £1.75 billion but is now prepared to fork out even more. Then he made the ludicrous claim that this would not affect funding for schools and hospitals.

The Trades Union Congress issued a statement last week, saying that war against Iraq was not justified on the basis of evidence currently available.
The statement said: The view of Congress is that to avoid the desperate human cost that would arise in the event of war, particularly on the various peoples of Iraq and the massive refugee problem which may be caused, every effort should be made to find solutions through diplomatic and peaceful means with the United Nations playing a central role to ease tension and avoid war, with the clear objective of achieving disarmament and not regime change.

The statement expressed concern that Britain and the US seem prepared to start a war without UN backing.

It said: the general council emphasise that this approach is not supported by working people and their families, their trade union organisations led by the International Confederation of Free Trade Unions and the European Trade Union Confederation, and the majority of peoples and governments worldwide.

The TUC welcomed the massive and historic demonstrations against war in which hundreds of thousands of trade unionists took part.

It pointed out that a war would exacerbate the whole situation in the Middle East with unpredictable consequences.

It welcomed the role of unions in the US in opposing the war and said it would monitor the situation closely and may reconvene the general council urgently on an extended basis to consider the TUCs position further.

ANGLO-AMERICAN warplanes are stepping up their bombing of Iraq. American giant B-52 bombers have landed in Britain ready for the slaughter while Londoners watch bemused at Government plans for a huge civil defence exercise simulating a massive terrorist attack on the capital.

The London exercise, according to Home Secretary David Blunkett, will involve a mock chemical weapons assault on the London Underground near Bank Station along with separate drills to test the security of our national flood defences and the gas supply. Surprisingly the date for this exercise, Sunday 23  March, has been leaked to all and sundry, appearing in the national press and doubtless read by the hypothetical terrorists who presumably could pop down to the City and make notes on the day.

Unsurprisingly Blair, senior members of the Cabinet and his top aides will retreat to a nuclear bunker or what we are told is an   alternative seat of Government while all this is going on.

Many can be forgiven for thinking that this theatrical air, like last months military romp around Londons Heathrow Airport, has more to do with a Government attempt to create a climate of fear before it launches Armageddon against Iraq than genuine security needs. It is, for instance, puzzling to note that Londons Ring of Steel - the police check-points which controlled access in and out of the City of London before the IRA cease-fire - has not been re-activated for starters.

The hidden agenda that belies all this talk of terror is to confuse the people into thinking that Saddam Husseins Iraq and Osama bin Ladens Al Qaeda movement are all part of one anti-Western Islamic terrorist front. The purpose is to justify the invasion and occupation of Iraq and hand over its nationalised oil-fields to the big oil corporations. It has worked up to a point in the United States. It has singularly failed in Britain, the rest of Europe and most of the world.

Bin Laden and the militant Islamic order he heads have been around for a long time. He played a major role in the campaign to drive the Soviet army out of Afghanistan and bring down the progressive government in Kabul with the blessing and support of the House of Saud and American imperialism. But his friendship with the Americans ended with the permanent stationing of US troops in Saudi Arabia during the first Gulf War. Al Qaeda has vowed to drive them out and it has been waging a terror campaign against American interests since 1991. No-one doubted Bin Ladens capabilities, even before the September 11 attacks on New York and Washington. But no-one believes that this Islamic fundamentalist has ever had any help or assistance from Saddam Husseins government nor has the Bush administration produced one scrap of evidence to back up their claims that he has.

On the other hand no one seriously believes Iraq is a threat to anyone these days. Certainly not Iraqs neighbours, who with the shameful exception of the puppet Kuwaiti oil-princes have all publicly come out against an Anglo-American attack. And definitely not Blairs spin-merchants who glibly say that the Iraqi government will collapse like a house of cards when the American and British troops move in.

All over the world millions upon millions of people are demanding peace and their views have been heeded in Germany, France and now, at least for the moment in Turkey. The Turkish parliaments refusal to endorse the US request to use its bases for a northern flanking attack on Iraq has further isolated Anglo-American imperialism. The Turkish parliamentary opposition to the war was big enough to block the move, which was linked to a 15 billion dollars-worth of American aid - a sweetener which Washington hoped would be enough to bribe the new Turkish government into betraying the people who only recently voted it into office.

The closeness of the Turkish vote in fact didnt do justice to Turkish opinion, which is overwhelmingly against getting involved in a war with Iraq. And the Ankara government is coming under renewed pressure from London and Washington to try to steamroller the US request through parliament again.

Whether they succeed will depend largely on the continued pressure on the Turkish street. And its the same here. Last weeks parliamentary rebellion against Blair was the biggest so far in the House of Commons. The Labour rebels, along with the Liberal Democrats, the Welsh and Scottish nationalists and even some Conservatives, made a principled stand for peace knowing that millions of British people back them. The greater the protests the greater the hope that this war can be stopped before it starts. It can and must be stopped.


To the New Communist Party Page